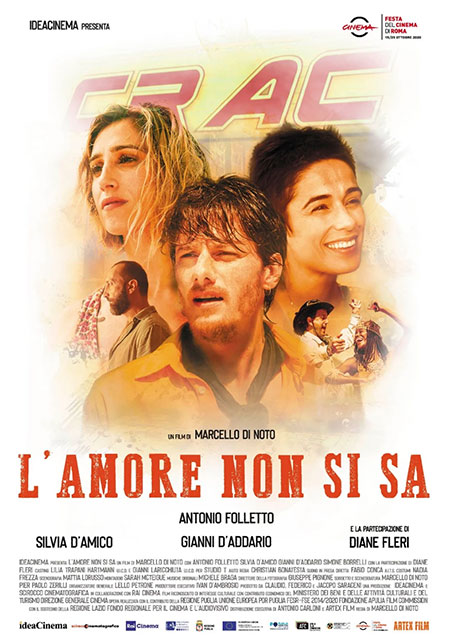 L’amore non si sa (The Love you don’t Know), film directed by Marcello Di Noto, tells the story of Denis (Antonio Folletto), a womanizing musician who has combined work and pleasure thanks to the neo-melodic scene, controlled by the mafia. The man leads this life under the name of fun and carefree, without asking anything about the business to which he belongs. This state of epicurean serenity fails when Denis finds himself involved in a regulation of accounts, which will lead to a new awareness: the man, in fact, will begin to understand that keeping on living in the silence will only allow the underworld to flourish.

Determined to spend a peaceful existence together with his beloved Marian (Silvia D’Amico), Denis decides to rebel against the criminal system and remove these people from his life. To take this important step, the musician will be guided by instinct and will leverage the great love he felt for his woman.