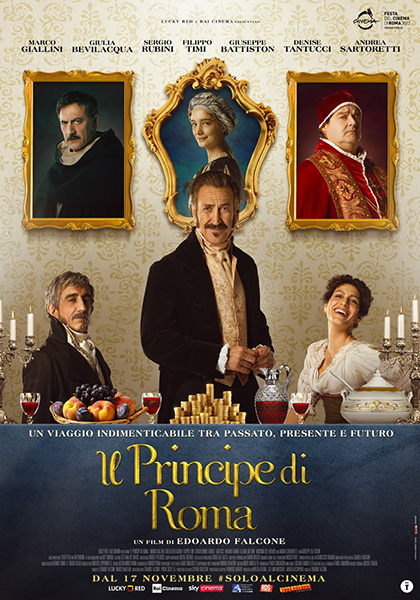 Il Principe di Roma, a film directed by Edoardo Falcone, is set in Rome in 1829 and tells the story of Bartolomeo (Marco Giallini), a wealthy businessman who aspires to become a nobleman. The thing he wants most of all, in fact, is a noble title, but achieving it is not so easy. So that is how Bartolomeo tries to raise enough money to enter into a clandestine agreement with Prince Accoramboni: if he gives him the required amount of money, the nobleman will grant the businessman the hand of his daughter, thus enabling him to obtain the longed-for title.
While trying to retrieve all the money needed to seal the deed, Bartolomeo starts to travel on horseback, but he does not realize that along the way he will run into several companions and that the journey will not lead him to obtain the money, but to gain much more, a new awareness of himself.