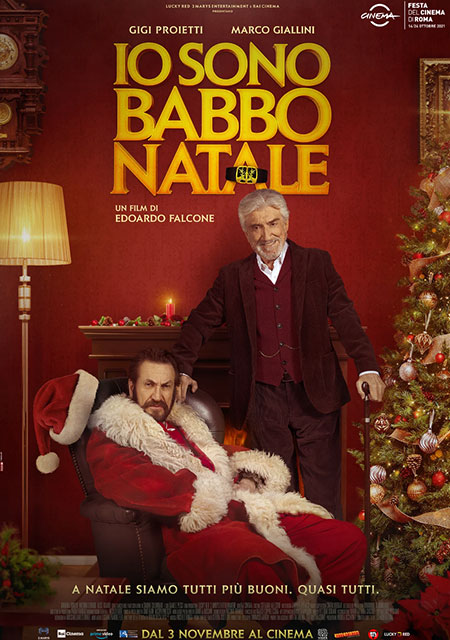 Io sono Babbo Natale (I am Santa Claus), a film directed by Edoardo Falcone, is the story of an ex-convict named Ettore (Marco Giallini), who leads a desperate, uninspired and restless existence. Having ended up in prison because of a robbery, the man has never betrayed his accomplices, keeping the names to himself. His family ties are totally non-existent, in fact after he broke up with his partner Laura, he has never met her daughter. His only perspective for the future is to continue doing what he has always done: stealing.

It is precisely during one of his thefts that he comes to the home of Nicola (Gigi Proietti), a lovely gentleman who has nothing of value in his house. The only important thing he can give Ettore is information about his identity: Nicola claims to be the real Santa Claus. The robber does not believe the words of the man in front of him, but even more he finds it hard to believe in the existence of Santa Claus.