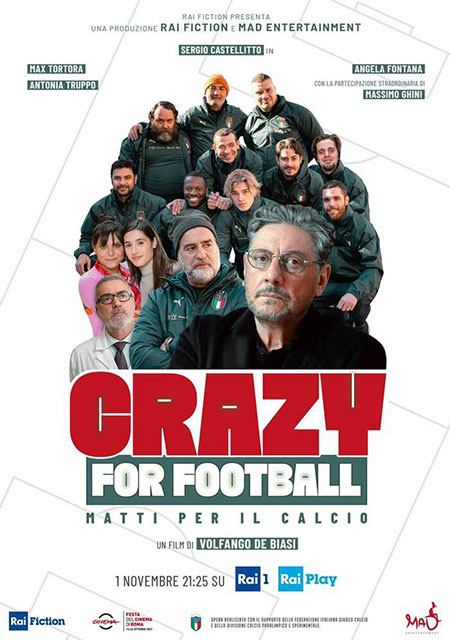 This story is inspired by a true event, told by Volfango De Biasi in the documentary Crazy for football, winner of the David Di Donatello in 2016. The TV movie, produced by Rai Fiction and Mad Entertainment with the support of the FIGC, recounts the development of that first therapeutic experience and the feat of organizing the first five-a-side soccer world cup for patients suffering from psychiatric disorders: from the tryouts for the formation of the team to the competition on the soccer fields. A TV film on soccer that heals and on the healing of soccer, as the moving heroes of this sporting and human adventure teach us.