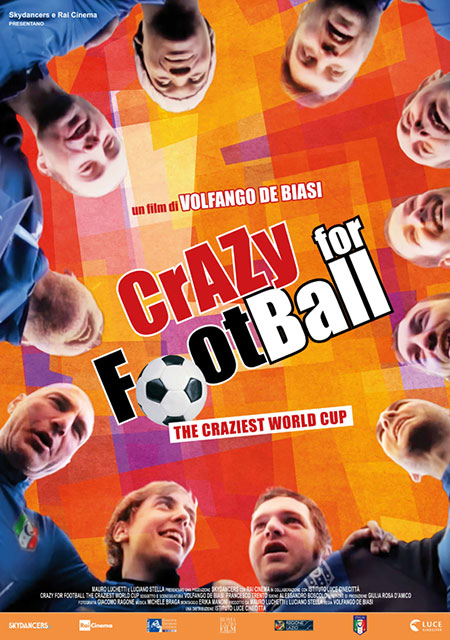 A group of patients coming from mental health departments all over Italy, a psychiatrist, Santo Rullo, as the sports director, a former five-a-side soccer player, Enrico Zanchini, as the coach and a boxing world champion, Vincenzo Cantatore, as the athletic trainer. These are the protagonists of Crazy for Football, Volfango De Biasi’s documentary on the first Italian national soccer team to compete in the World Cup for psychiatric patients in Osaka. A journey from Italy to Japan. It begins with the selection trials to define the list of 12 who will then participate in the retreat, finally arriving at the most coveted tournament, the World Cup. But the common thread is another, deeper journey, through the rapidity of the conscience of those who have known the dismay of psychiatric illness. A path between health and madness that belongs to all of us. A film where the protagonists are the players and not their illness, with the intention of fighting the prejudices that surround those suffering from mental illness. Movement as an antidote to staticity, soccer as a salvific therapy, as a condition that makes everyone feel equal. The film won a David di Donatello as “Best Documentary”.